Oh it’s all good when I’m the only one who wanted to do the project (or the only one who was capable). Ever wondered how dictatorship felt? I simple had to sit on my throne (read: the table) and imperiously demand stuff to be done and watch, thrilled, as the commoners scuttled off to do my bidding (while I cackled).

When everyone has a mind though, and are prepared to use it (vehemently), there is usually yelling, fighting and throwing people out of windows. Not specifically in that order. One reason I legitimately have to hate group projects is because the editing job almost always falls on me. Mistakes can be excused to an extent because meeting someone with English as their mother tongue in our state is like meeting a wood nymph. But, as I said, to an extent.

Take these two geniuses, for example—

& “Exercise is good for body. As a maater of fact, it helps the body goodly.” 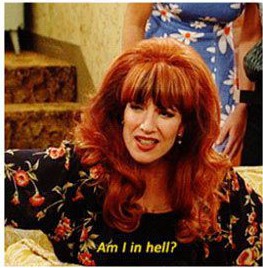 So as you’ve read in the title, this post is to rectify a major headache of mine because I’m going to rule the world someday anyway, might as well start making me be pleased with you.

So there’s that. A way to sound more intelligent than you actually are. The written word is always more beautiful when the poem you sent your crush does not make them feel they are getting hit on by a fifth grader.

Though if you do write like a fifth grader, the only thing I can tell you is to find a good language/grammar teacher or to request me to have you legally killed by my beta bush monsters.